Monday, September 2, 2019 - 11:40am
This weather update is sponsored by Metcalf Chiropractic Center

Happy Labor Day everyone! All eyes continue to be on Hurricane Dorian, the potential track and impacts if any that we will see here in Rowan County from the storm. The 11am update just came out so lets take a look at the latest track by the National Hurricane Center.

1.  The risk of life threatening storm surge and hurricane force winds continues to increase along the coasts of South Carolina and North Carolina. Residents in these areas should follow advice given by local emergency officials.

2.  Heavy rains capable of producing life threatening flash floods are expected along coastal sections of the southeast and lower Mid-Atlantic regions of the United States into Friday. 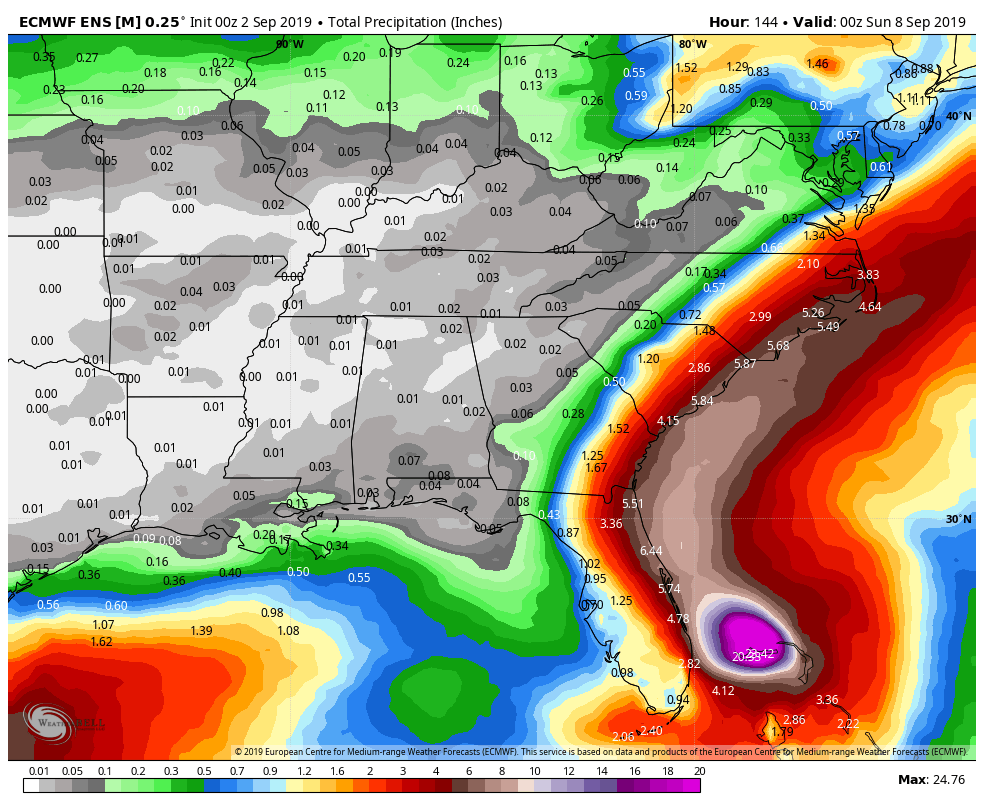 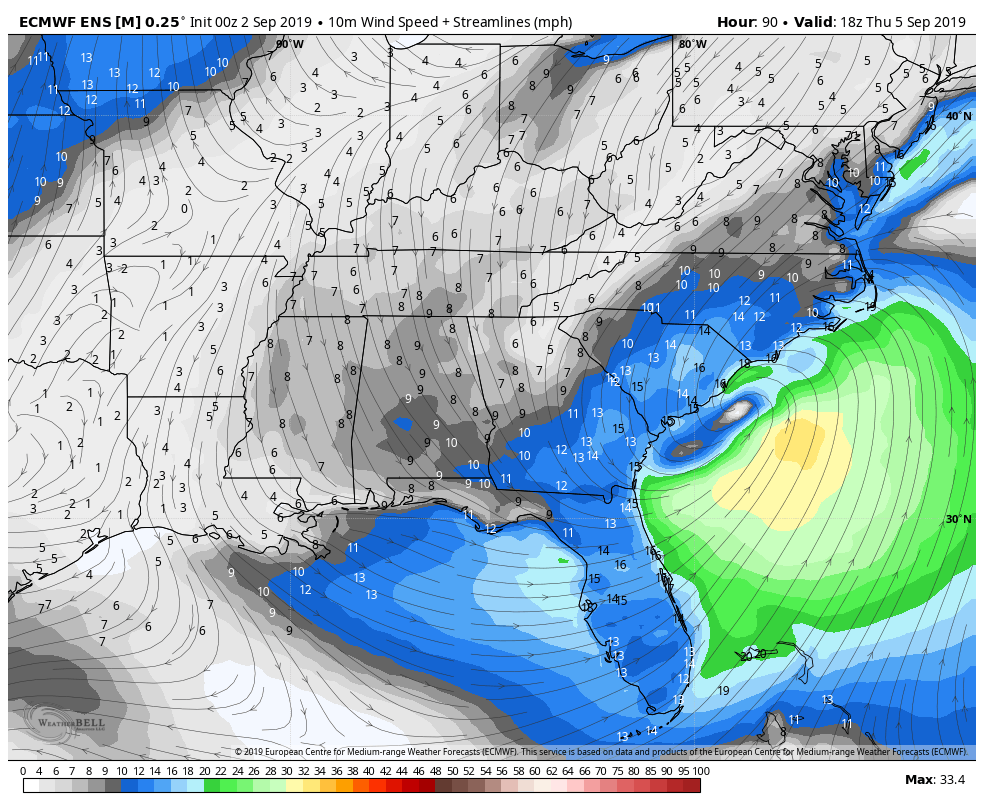 Sustained winds here in Rowan County from Dorian will likely be around 10 miles per hour. Tropical storm force winds will be likely to our south and east with Hurricane fore=ce winds possible along the coast. 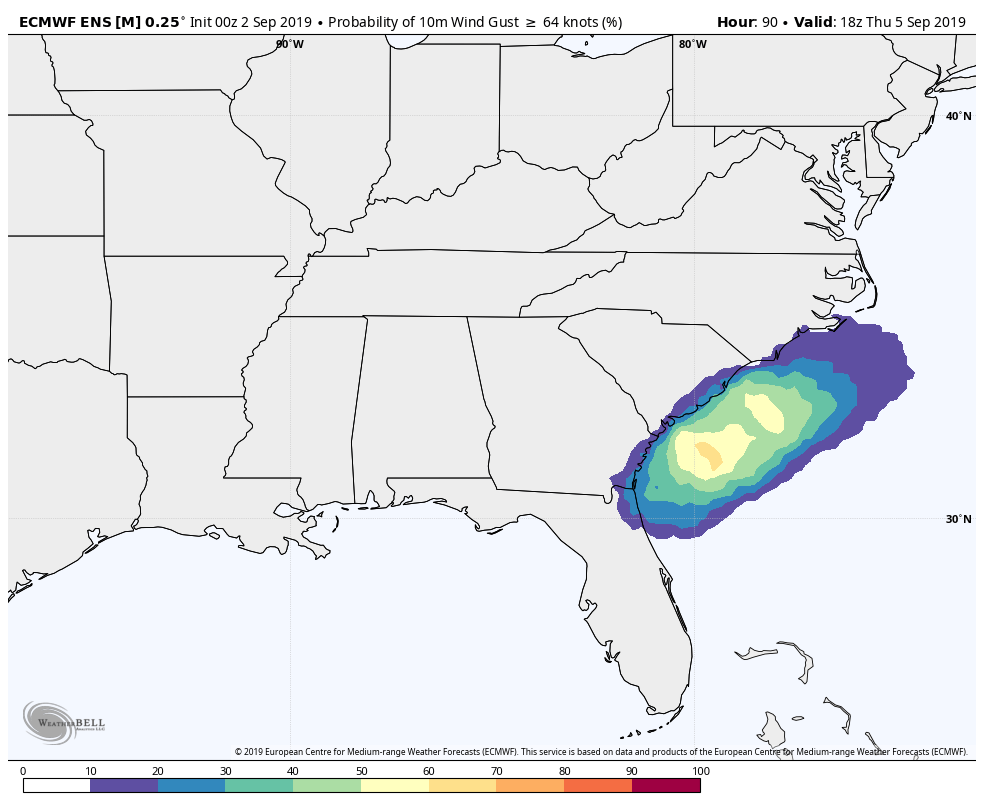 Areas along the coast will likely see Hurricane force winds with gust of 75 miles per hour of more from Dorian as in move through the Mid-Atlantic region on Thursday and Friday. The storm will then head back out to the Atlantic running parallel to the northeast coast this weekend. I will of course continue to keep you updated right here and on social media as we move through the remainder of the week and Dorian continues to move along the coast. As always thank you for following Rowan County Weather!